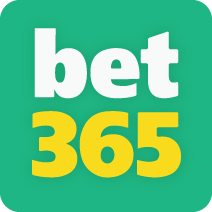 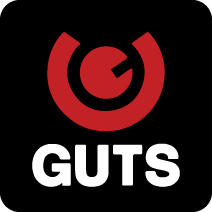 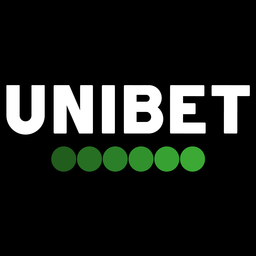 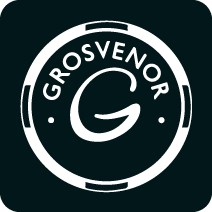 Thanks to the ever-increasing speed and reach of the internet, online poker has grown in popularity over the last twenty years, becoming the game of choice for both novice and experienced players who might otherwise have had to travel to a land-based casino in order to enjoy a game.

What is Online Poker?

As the name suggests, online poker is a way for players to take part in a poker game through the internet as opposed to visiting a land-based casino.

In many ways, it is the same as playing in a physical space. Players still play against each other, for example, sitting at virtual tables with others of the same skill level and they follow the same rules as they would in a face-to-face game.

These virtual tables, however, might be on the other side of the world, meaning that online poker has opened up the game to many more players of all skills and abilities.

What Is the Difference Between Online Poker and Poker Played in a Casino?

It’s probably fair to say that everyone has heard the term poker face, which is what players need to keep in a physical game, so their opponents don’t know if they have a good hand or not.

In online poker, even with a webcam (which some games offer), the ability to read people is pretty much taken out of the equation.

Instead, players need to rely on their understanding of the game, including the betting patterns of their opponents and playing the odds.

This is probably one of the main differences between online poker and a game played in a casino.

The ease of being able to play a game with people of a similar skill level is another significant difference.

Previously, players would need to travel to a casino, wait to get on a table and hope that the players on that table had the same level of experience they did; if the tables were full, it could be a long wait.

Players living in small towns might also find the travel restrictive, meaning that they didn’t get to play as often as they wanted or hone their skills.

Now, players can get on a table whenever they want to play (if they are all full when they log-in, the site will just open another table because they have no space restrictions), and they can play with players across the world.

So, they can find someone of the same skill level or possibly higher if they want to challenge themselves and learn more about the game.

Players can also play on multiple tables at one time, something that they couldn’t do in a land-based casino.

While this isn’t recommended for new players, it’s something experienced players will do as they can - in theory - win more money than by just playing at one table for an extended period of time.

Are There Different Types of Online Poker?

Online poker has not only opened the world of poker to a new generation of players, but it has also increased the variants of poker available.

You can now find games with animations or live dealers, depending on your preference, and use webcams to interact with other players.

What hasn’t changed is the basics of the game itself. It still involves 52 cards in a single deck and the aim is still to win the game (and the pot) by having the best five-card hand or forcing your opponent to fold.

What are the Most Popular Poker Games Online?

There are any number of variations of poker available online but the most popular are:

Each player gets dealt two face-down cards in turn before three face-up cards are dealt into the middle of the table.

These are known as community cards. Once these are dealt, another two cards are dealt - one in each round.

Very similar to Texas Hold’em, players are dealt four cards rather than two before the community cards are dealt.

Cards are then dealt in rounds, with players choosing to increase their bet or fold at each stage. When the final card is drawn, if there is only one player left, they win the pot.

More than one player remaining requires them to turn over their cards to make the best hand (which wins).

This comes in a five or seven card version. Players are dealt three cards at the beginning of the game, one of which is face up while the other two are face down.

Bets are then placed starting with the player with the lowest value card, who needs to make a bet which is a percentage of the pot.

There are no community cards in Stud Poker; players receive individual cards, which are dealt face up until the final card, which is dealt face down.

There are five rounds of cards, with players betting in each round. If one player is left at the end of the last round (or before), they win the pot. If there is more than one player left, the one with the best hand wins.

Here, players are dealt five cards straight away, which they look at to decide what type of hand they have and how strong it is.

Once this is done, the players left in the game can choose to change a card - or cards - in their hand in the hope of getting a better draw with the new cards.

This then leads to another round of call, raise or fold. If there is only one player left at this point, they win the pot. If there is more than one player, the one with the best hand wins.

How Do You Place a Bet in Poker?

There are three main betting structures in poker which most games stick with. They are:

What are the Features of Online Poker?

Beyond the bets themselves, there are some basic features it’s a good idea to make sure you understand before you begin playing online poker, especially as it can be a faster game, so you won’t necessarily have the time to figure them out once you start playing.

The first is around managing your money. When you sign up for a site, you’ll make a deposit and - hopefully - start withdrawing your winnings at some point.

As you play, you might find you need more funds. You can choose to add these manually or ask the site to do this for you. This is called auto buy-in or top up.

When you’re placing your bets, you can do this using the mouse if you are playing through a PC but there are also Hot Keys and Quick Bets available to make it a quicker and easier process to place your bets.

On your PC, these might be linked to certain keys. Using a tablet or mobile they will likely be buttons you can use.

When you’re playing where there can be quite a lot of variants, Omaha for example, you can choose to Run it Twice, which is a way of playing half the pot when you’re all in.

You can also choose to Auto Muck a game if you get to the final round but don’t want to reveal your hand during a showdown (unless you have to).

And finally, if you want to see how you’re doing as a player or take a look at how your opponents are playing, you can replay a certain number of hands, which might just increase your chances of winning.

How Much Does It Cost to Play Online Poker?

In poker, whether you are online or in a land-based casino, you pay a rake in order to play. This is a percentage of the pot and set by the site hosting the game.

Can You Play Online Poker for Free?

If you want to make money playing online poker, you will need to pay to play.

However, because the game is attracting so many new players, many of whom have never played poker before, and there is more than one way to play poker even if you have played before, many online casinos offer players the chance to play for free.

Playing for free might mean taking advantage of a no deposit promotion, where you play as if you were using real money, but you can’t withdraw any funds, even if you win (although some casinos will allow you to turn these winnings into cash if you then make a deposit and use this money to play poker).

Free games might also mean taking part in tutorials or simulations, both of which are great chances for new or novice players to get to grips with the game before playing for real money.

If you do play poker for free, decide you enjoy it and want to play for real money, look out for casinos that offering sign-up bonuses or promotions for new players.

How are Skill Levels Decided?

It is up to you as a player to decide on your skill level and the rooms you want to play in.

Remember, however, that if you decide to play in a game with high-level players, this will also likely mean high stakes too, so if you aren’t ready it’s probably not worth it as you’ll end up losing your stake - possibly quite quickly.

When they first start out, players are better sticking to micro-stake games, which allow them to wager small amounts of money and mean they won’t lose too much too quickly.

However, this also means they don’t tend to win big either.

How do Poker Tournaments Work?

Many poker players like to play in tournaments, which used to take a long time to organise in the days of land-based only playing.

Now they are quick and easy to organise, although playing in them probably doesn’t hold the same meaning as it does to attend a tournament in, say, Vegas.

Beyond this, however, the games work in basically the same way, with players paying an entry fee and making a buy-in then competing to progress through the competition with grand prizes at the end.

How Safe is Online Poker?

Online poker is one of the safest ways to gamble online because you’re playing against other people, not against a computer that operates on algorithms.

Plus, while the house takes a cut of the table, they don’t make money the way they do with slots, where the more a player loses, the more they make. With poker, the more you lose, the more another player wins.

Online poker is regulated with the country in which it’s based and the countries in which it operates. In the UK, this means that any site offering online poker should be regulated by the UK Gambling Commission; if they aren’t, it’s worth looking for another site that is.

The Gambling Commission has a register of all authorised sites on its website and provides information and advice on your rights if there is an issue with an online casino.