The first handicap of the Festival is the Ultima Chase over three miles and a furlong. Surprisingly and I can see no good reason for it, it’s one of the worst races for the Irish during the whole four days. With only two winners in over 40 year’s it might pay to look out for anything particularly well handicapped that decides to try and buck the trends.

The trends point towards picking a horse who arrives in top form with a good record for last time out winners and also some course form is useful and we have had many good performance from horses who have ran in this race previously.

One of this year’s hopefuls is the Kim Bailey trained Vinndication who was a decent 5th behind Defi Du Seuil in the JLT Chase last year. The 7yo has only had five starts over fences and just one over 3m so is relatively unexposed on all levels.

He came home 5 lengths clear of Regal Encore in the Sodexo Gold Cup at Ascot in November and that form stands up well. He wore a tongue strap for the first time that day so maybe that helped and could easily have more in the locker. He’s been off since then so will turn up here a fresh horse and certainly one for the shortlist.

The Ex-Irish trained The Conditional now with David Bridgewater is high up in the betting market and at the other end of the handicap to Vinndication. He has had four starts since coming over and has ran well in each race including over C/D back in October when he won a Class 2 handicap. He’s gone up 10lbs since then and could be a live contender.

Nicky Henderson won this race last year withBeware The Bear, the first time the handler had won it for 20 years and is represent by OK Corral who is owned by JP McManus. Connections are seriously considering a tilt at the Grand National with this 10yo and this race has been a good prep for that event in the past.

OK Corral comes here after winning at Doncaster last time out, that was a return to form after some below par efforts this season. He’s a strong stayer and will be suited by this type of race.

Beware The Bear goes for the double which was completed recently by the David Pipe trained Un Temps Pour Tout who won it in 2016 and 2017. Now a 10yo Beware The Bear comes here on a mark 9lbs higher than last year and won’t find things easy. He ran well in a big handicap earlier in the season when 4th in the Ladbrokes Trophy and a repeat of that run will see him competitive here.

The winner of the Ladbroke was De Rasher Counter trained by Emma Lavelle, he won that off 149 and is now 9lbs higher. Last time out he took on graded company for the first time and wasn’t disgraced when fourth behind Santini in very soft ground at the trials meeting. He will be more suited to this company and will appreciate a better surface.

Kimberlite Candy’s success at Warwick in the Classic Chase saw him rise 10lbs and secures his spot in this race. Trained by Tom Lacey he has been steadily climbing the ranks and started this season with a good second in the Becher Chase at Aintree. That race signalled a long term target of the Grand National and will take this race on his way to Liverpool.

He was very impressive at Warwick and came home 10 lengths clear of his rivals and seems to cat on any surface, he should go well.

Owner Trevor Hemmings has had plenty of success in the handicaps at the Festival but has not been very lucky in this race. He has finished second three times and placed on several other occasions. Last season he was second with Vintage Clouds and third with Lake View Lad and both line up again.

Lake View Lad was a decent 3rd at Wetherby on Boxing Day and has since had a spin over hurdles just to keep him sharp without risking his handicap mark, he looks sure to go well for trainer Nick Alexander.

Vintage Clouds was third in the Tommy Whittle Chase and then beat Definitly Red in the Pater Marsh at Haydock. That was a very good effort and has been entered in the Grand National later in the year.

The Irish challenge is led by the Ted Walsh trained Any Second Now, he won the Kim Muir last season so knows all about big handicaps at the Festival. He won that off 143 and is 7lbs higher now so that keeps him out that race and allows him a run here instead. Last time out he was 3rd at Leopardstown at the Dublin Festival and is another live contender for owner JP McManus. 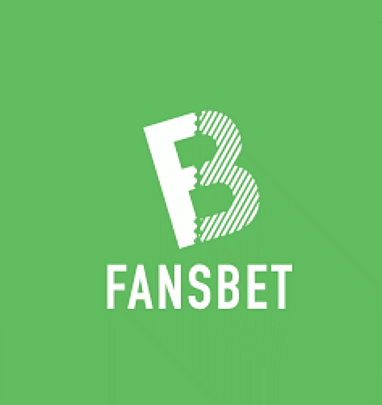